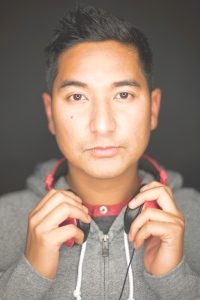 Dj/Producer/Songwriter/Visual Artist, Vinroc is a former 2x World champion DJ and arguably one of the most versatile and unique creatives from the San Francisco Bay Area.

Vinroc aka Vincent Punsalan, started his career in music at the age of 10. He discovered his passion for music through Djing. Growing up across the river from Manhattan in Jersey City via Queens, he was influenced by the melting pot of music that New York city had to offer. Hip Hop, House, Reggae Dancehall and everything else in between. A stint at The School of Visual Arts in Manhattan for Computer Arts, he relocated to the the Bay Area and continued his education at The Academy of Art in San Francisco. Based on the west coast He began working with and performing with some of the most celebrated djs in the music industry: Tour dates alongside Dj Z-trip, The Beat Junkies, Kid Kapri, Dj Qbert and Mix Master Mike just to name a few. He has even had the privelage to speak on a dj panel at a hip hop summit with the late Jam Master Jay and Africa Bambaataa. He has also been featured in numerous publications including urb magazine, the Source, XXL, the cover of Dj times, and rolling stones throughout his career. Vinroc represents two Dj super groups on each coast:5th Platoon from New York City and the Triple Threat Djs from the Bay Area, whose member include celebrated Mixtape Dj Neil Armstrong (Jay Z’s former tour Dj) as well as Former Invisible Skratch Picklz members DJ Shortkut and Apollo. Currently Vinroc is focusing on music and media production and has had the privelage to do remixes for Talib Kweli , Black Thought of the Roots, Bay area soul siren Goapale, and Souls of Mischief. True to the Bay area’s independent creative spirit, He runs his own distribution and promotion of his own projects that has culminated into the launch of ThatsThatlabel.com.

One thought on “Dj Vinroc”